Home Android-ndk [FIXED] Unable to strip library *.so due to missing strip tool for ABI 'X86_64'. Packaging it as is

Today I noticed that I get warnings while building a QT app for Android:

What tool is missing? Does it try to strip debug info or something else?

I have NDK (Side by side) installed: 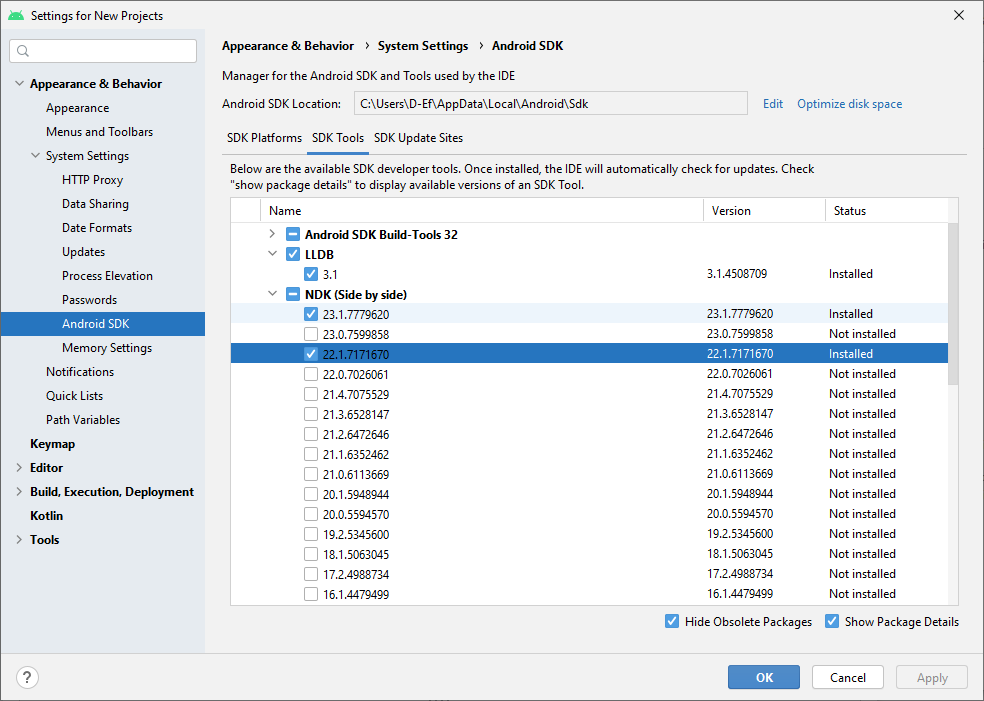 I also have command line tools and CMake installed: 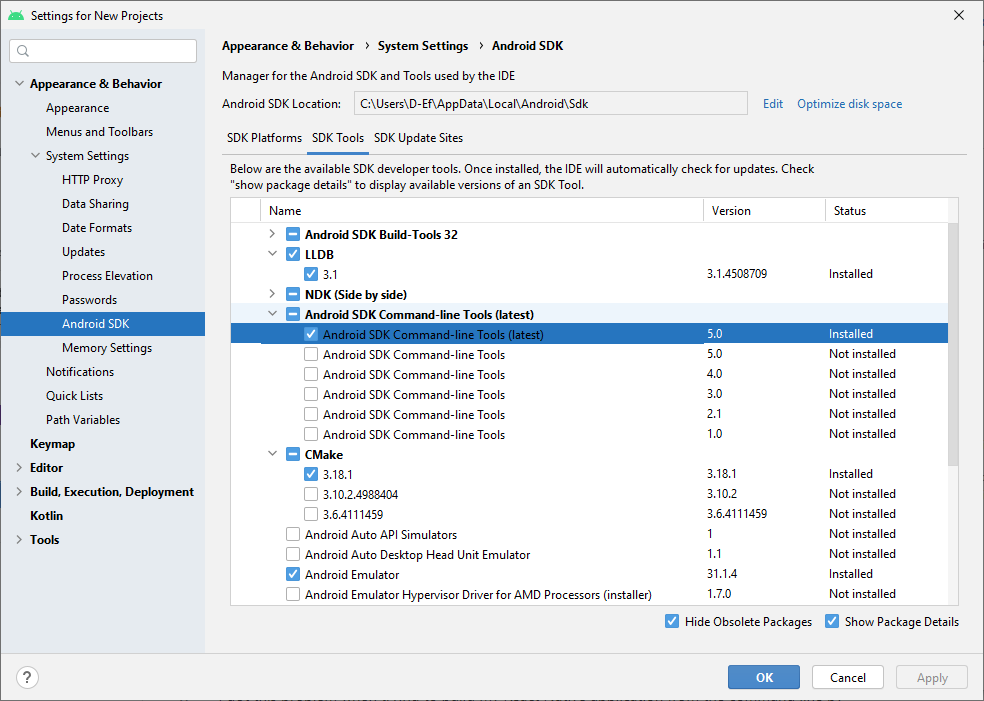 With ARM builds I got the same warnings, also I noticed that there are warnings like

so I have an impression that Gradle cannot locate strip.exe and objcopy.exe tools for some reason.

It was a wrong Gradle configuration. I updated Android Temple with QT Creator and stripReleaseDebugSymbols started to work.