I’m trying to use ndk-build in cygwin but for some reason, it isn’t able to find the command.

I’ve tried to add the path of the NDK to PATH Environment variable as shown. I’m able to invoke ndk-build from command-line but cannot do so in cygwin.

Then as suggested from this post, I’ve tried to run ndk-build by appending ./ in front. Still doesn’t work.

As a last resort, I edited .bash_profile’s path so that it points to the NDK directory. Again, it doesn’t work. 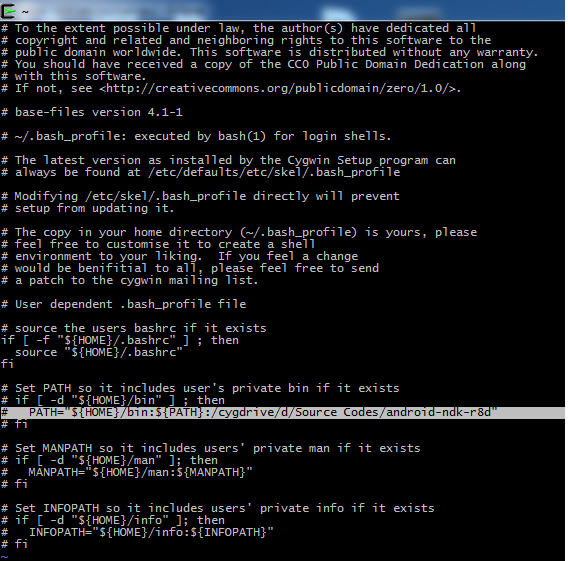 Remove that trailing/blank space in the folder where the ndk is installed.

See Android NDK: No rule to make target for a similar problem.