Home Android-ndk [FIXED] Is it possible to create UI elements with the NDK ? – lack of specs in Android docs

After reading the related docs I don’t get if I can create things like buttons or other UI elements used to get user inputs with just the use of C++/C code compiled with the NDK.

There are no problems when i want to handle a “window” or activity that needs to stay in focus, but I don’t get how to build an UI with elements for callbacks and user input.

It’s strange that there is a windowing framework in place but without any trace of callbacks for UI elements.

Can I build touch buttons or a virtual gamepad with the NDK ?

I appreciate the effort and the fact that we are getting closer to my point but apparently i wasn’t explaining myself good enough.

I found this image here 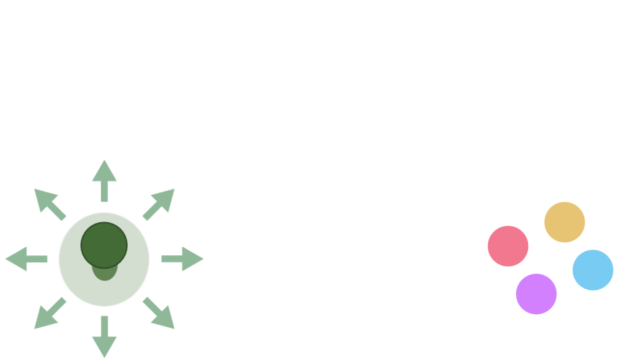 Now my problem and the focus of this question is:

Supposing that i can place and draw this virtual joystick, how i can detect only the movements and have a callback like Joystick.onUp or Joystick.onDown with Android and using only the NDK ?

Since the sensor throws events at a really fast rate, i think that building this on my own considering only the raw X,Y couple, will end up in having a really inefficient control system because it will not be optimized at OS level with the appropriate sensor calls.

According to the NativeActivity example it’s also unclear how to handle multiple touch point, for example how i can handle 2 touch event at the same time ?

Just consider the image above and think about having only x,y coordinate for 1 touch point and how i can solve this in an efficient way that is supported by the NDK.

Sure you can. Read up on calling Java from C(++), and call the respective Java functions – either construct UI elements (layouts, buttons, etc.) one by one, or load an XML layout. There’s no C-specific interface for that, but the Java one is there to call.

Unless it’s a game and you intend to do your own drawing via OpenGL ES. I’m not sure if you can mix and match.

In a NativeActivity, you can still get a pointer to the Java Activity object and call its methods – it’s the clazz member of the ANativeActivity structure that’s passed to your android_main as a parameter, via the android_app structure. Take that pointer, take the JNIEnv* from the same, and assign a layout.

How will this interoperate with OpenGL drawing, I’m not sure.

EDIT: about putting together your own input processing. The key callback is onInputEvent(struct android_app* app, AInputEvent* event) within android_app structure. Place your callback there, Android will call it whenever appropriate. Use AInputEvent_getType(event) to retrieve event type; touch events have type AINPUT_EVENT_TYPE_MOTION.

You need, naturally, to add a project around it, with a manifest, Android.mk and everything. Android.mk will need the following as the last line:

The native_app_glue is a static library that provides some C bridging for the APIs that are normally consumed via Java.

You can do it without a glue library as well. But then you’ll need to provide your own function ANativeActivity_onCreate, and a bunch of other callbacks. The android_main/android_app combo is an interface defined by the glue library.

EDIT: For touch coordinates, use AMotionEvent_getX/Y(), passing the event object as the first parameter and index of the pointer as the second. Use AMotionEvent_getPointerCount() to retrieve the number of pointers (touch points). That’s your native processing of multitouch events.

In short, yes, you are. There’s no builtin platform support for virtual joysticks; you deal with touches and coordinates, and you translate that into your app’s UI metaphor. That’s pretty much the essence of programming.

Not “everytime” though – only when it’s changing. Android is an event-driven system.

Now, about your “I want it on the OS level” sentiment. It’s WRONG on many levels. First, the OS does not owe you anything. The OS is what it is, take it or leave it. Second, unwillingness to extend an effort (AKA being lazy) is generally frowned upon in the software community. Third, the OS code is still code. Moving something into the OS might gain you some efficiency, but why do you think it will make a user perceptible difference? It’s touch processing we’re talking about – not a particularly CPU intensive task. Did you actually build an app, profile and find its performance lacking? Until you do, don’t ever guess where the bottleneck would be. The word for that is “premature optimization”, and it’s something that everyone and their uncle’s cat would warn you against.