I have the following configured Azure DevOps pipeline which is building the Windows version of the Xamarin App, was going to try and get that one working first and the build works, but I’m getting an error in the publish, path not found, the 2 paths look fine but I guess this is down to me not building one of these before.

The error that I get is as follows 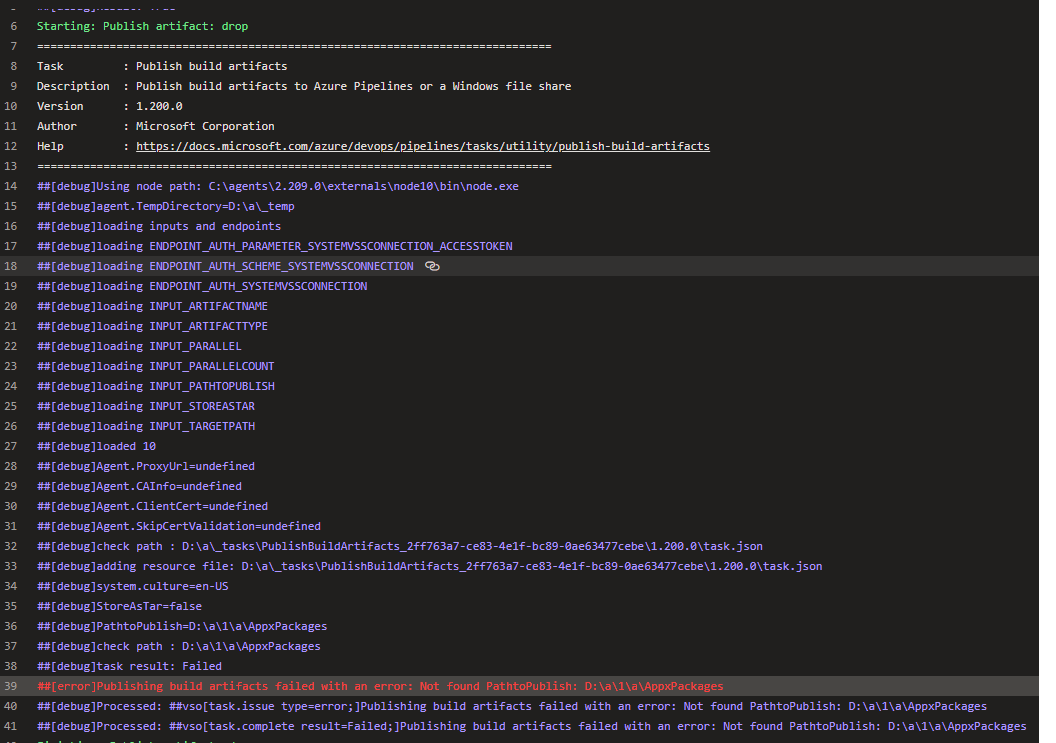 Still trying to work out what I have got wrong, so I will keep going at it but if anyone
has any hints would be greatly apprecaited.

This thread as posted by Hongxin Sui was the solution for me, this is the thread.
Publishing build artifacts failed with an error: Not found PathtoPublish: D:\a\1\s\$(buildStagingDirectory)

However, what I did need to do was create a new YAML pipeline and I copied all the working steps in from the previous classic pipeline, I used the "Copy YAML" functionality and then I used the different Task as stated in that thread. Just make sure you change the case of the "Build" and "ArtifactStaging.." variable names as they need to be lower case not upper case.