Home Xamarin [FIXED] Bezier circles getting cropped on the mac

My app runs on Mac and iOS. (two code bases with lots of shared code).

I have a piece of common code that converts a shape to a NSBezierPath/UIBezierPath.
The code is identical between the two – except for the NS*/UI*.
I then create a CAShapeLayer and set the path for the layer to the Bezier path.
That layer is added to a set of layers in the view. Again… common code between iOS and Mac.

One type of shape is a simple circle.
To create this I call:

When I add this to my layer… I get a clipped circle, but only on the Mac. On iOS this works perfectly.

I tried switching to AppendPathWithOvalInRect:

The layer construction is very simple, and identical between Mac and iOS.

I can see no evidence of masks or clipping on any other object. Just all my circles, and only on the Mac.

I’ve also included below an example of a number of simple objects – lines, fat lines, circles. You can see that all circles have this weird clipping. 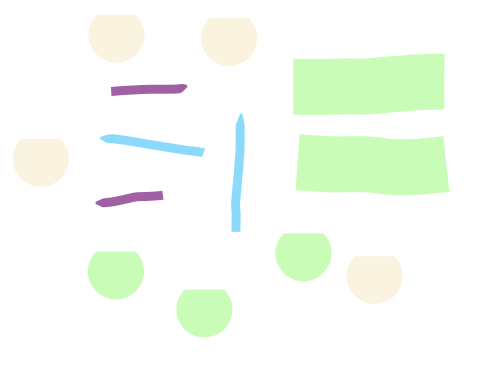 Any thoughts on what I might be missing here?
Thx for your help…

I have a solution.

It turns out I was missing a ClosePath().