Home Android-studio [FIXED] Android SDK location should not contain whitespace, as this cause problems with NDK tools 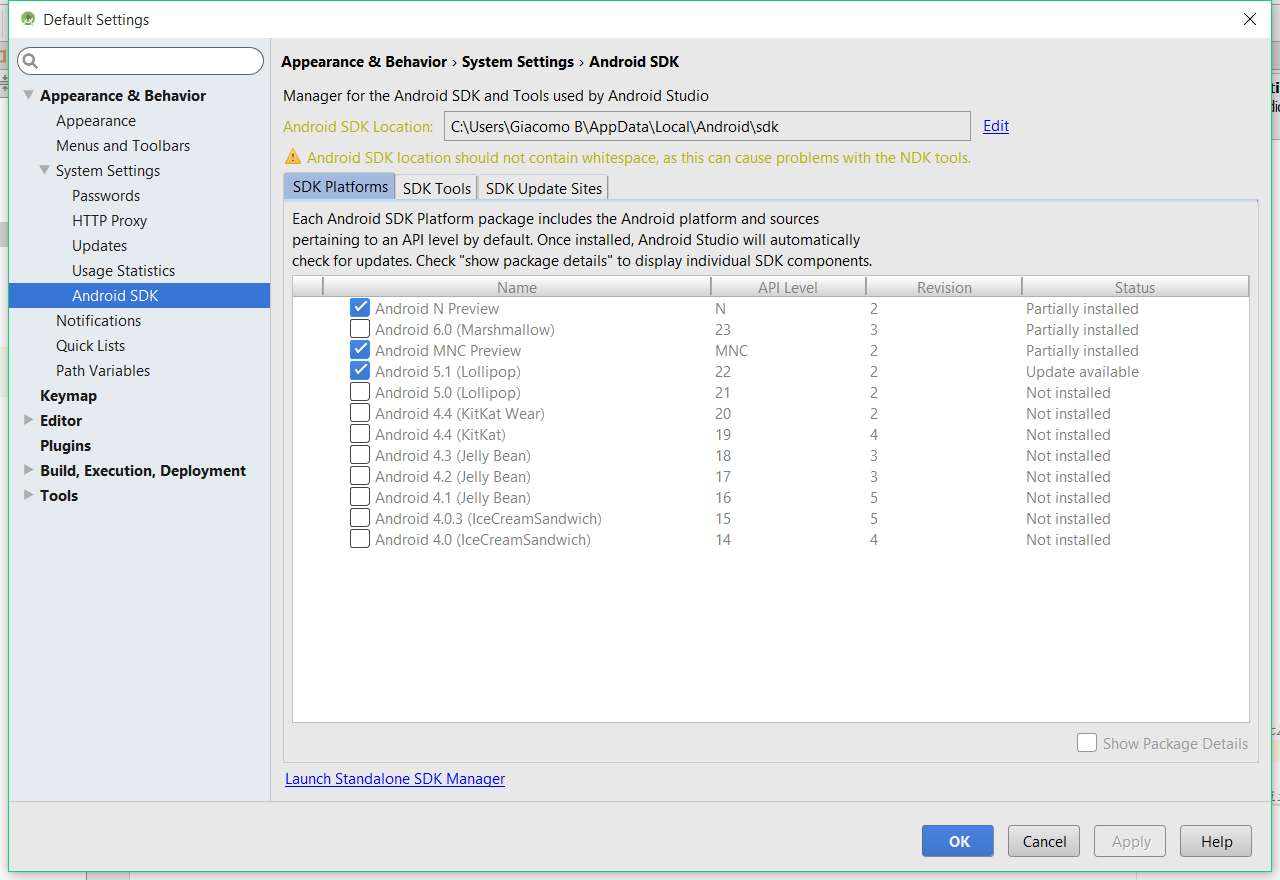 how can I fix keeping the two versions of Android studio? Thanks

As the warning message states, the SDK location should not contain whitespace.

Your SDK is at C:\Users\Giacomo B\AppData\Local\Android\sdk. There is a whitespace character in Giacomo B.

The easiest solution is to move the SDK somewhere else, where there is no space or other whitespace character in the path, such as C:\Android\sdk. You can point both Android Studio installations to the new location.